Hi, this is Mai from IL. How are you doing? I’m doing great. Can you believe that I’m going back to Japan within a month?! I can’t. But we cannot stop the time….Anyway, I would like to write about couple of thing.

The other day, we went to the Springfield where is the capital of IL to visit the Lincoln’s tomb. It takes about 1 hr and half to get there. It is said the Springfield called as the town of Lincoln. Actually, I’ve never been there before, so I have been really excited about it. Do you know the story that the statue of Lincoln’s nose turns to gold because many people touch his nose. Even If you touched his nose, nothing would happen after that, and I don’t know why so many people touch it, but I think it’s just traditional thing you know. There was one thing that I was worry about. It was that whether I could reach his nose or not, because before we go to the Springfield, I saw the picture that some people don’t reach his nose. But I didn’t have to be worry about it, because there was a step in front of it for those who need. So I did it! I’ll attach the pic of me touching his nose!

Recently, I feel that my English is much better than before. When I came here, I didn’t understand what they were talking about at all. But now I can join the conversation, and I enjoy talking with my friends, and I talk a lot with my host mother. Sometimes she doesn’t understand what I’m talking about, but I never give up till she understands. I think that’s important thing. At first, I was afraid of making mistake with my English. But I got experiences which made a lot of mistakes, that makes me more confident to speak English.

As I mentioned above, I have a month till I go back to Japan. Everything goes really faster than I thought. I’m going to miss my host mother, and all my friends who met here. That’s it! I’ll see you pretty soon! 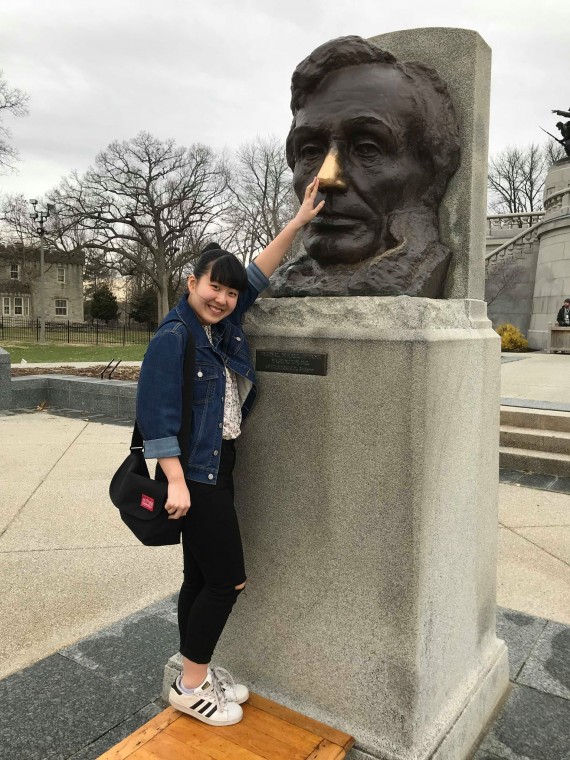 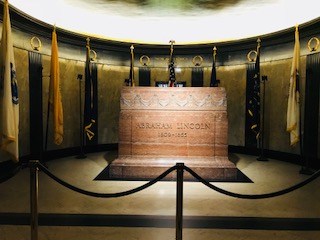