My school in Adelaide, Australia was Golden Grove High School that is a part of three school; Gleeson College, Pedare Christian College and GGHS. This school is the biggest school of the three. My host house is located at near the school. It took about 10 minutes on foot, so I walked to there every morning. Classes were so interesting to me. I took Japanese, science, DTW, math, history, P.E, and EAL. DTW is a one of the class with using some lumbers, and in EAL class, students from other than Australia, or not using English as public language in own country. Each class is 40 minutes, or 85 minutes class called double lesson that is no recess time between the class. In the Japanese class, I and my buddy, Momoka became Japanese teacher as native speaker. Not only the language, but also teaching Japanese culture such as snacks or system of Japanese school. One day we and our Japanese class mates went on an excursion to Adelaide city to studying about Japan because there were some import shops from Japan. We experienced Japanese food.

In the science class, I experimented using a flask and chemicals. It was so fun, but the most interesting experiment which I surprised was using sheep’s liver. The best class was DTW. I made a bottle holder and a chopping board. It was first to use machines and cut lumbers. I could communicate with students through talking about the works. I had sandwich that I make every lunch time, but from middle of the 1 month, I brought rice, chicken or fish, some vegetables; bell pepper, onion, broccoli as leftovers. I could see some difference between Japanese school and Australian school. First, all students are given a laptop by the school in Australia. I also borrowed it, I used it hard in each lesson. Second, there is a recess after lesson 3. It’s 20 minutes. During this time, everyone was eating some snacks, talking with friends or buying drinks and bread at the school shop. I also bought a donut and a cookie. I could make friendship with many students and teachers.

My family has father; Jamie, mother; Elizabeth, and two sons; Samuel and Jacob. They were so kind for me. Every day they asked me where I want to go, what I want to do, how today’s school is. By being done so, my English got improved. Every meal was so good. Elizabeth is from Venezuela, so particularly Venezuelan food was served. One day’s dinner, baked banana was served, it is my favorite. They brought me to a church. At there, a party was held, and I and my friend danced. There were many exciting experiences such as holding a koala, walking my house around, shopping, making a cake and more. The family likes watching movie, so they let me watch a bunch of movies that I wanted to watch. Sometimes we all watched movie. Samuel is so cute. Every morning and every night, he comes next to me and says “I love you” hugging tight. So lovely. Of course Jacob too. He is very active, so I played with him. My family is a devout Christian. Every Sunday we went to a church, before the dinner we prayed for Jesus Christ. My school in Japan is also Christian, so I did not experience culture shock.

Actually I have been to U.S for 2 weeks, so I thought almost same between U.S and Australia. But it isn’t, so I could learn new things. I think that I have developed through this study abroad. I’ve been more positive. I want to make the most of this in my life. If I didn’t go Australia, I wouldn’t be positive. It is a great experience for me. I leaned not only Australian culture but also leaned importance of people. Thanks to my host family, I could study. Thanks to my family, I could go to Australia, and thanks to my friends, I could be happy. So I try to treasure and appreciate the people around me. 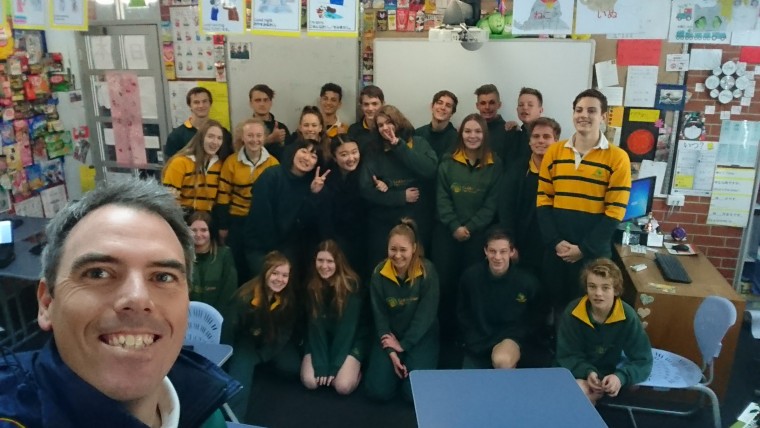 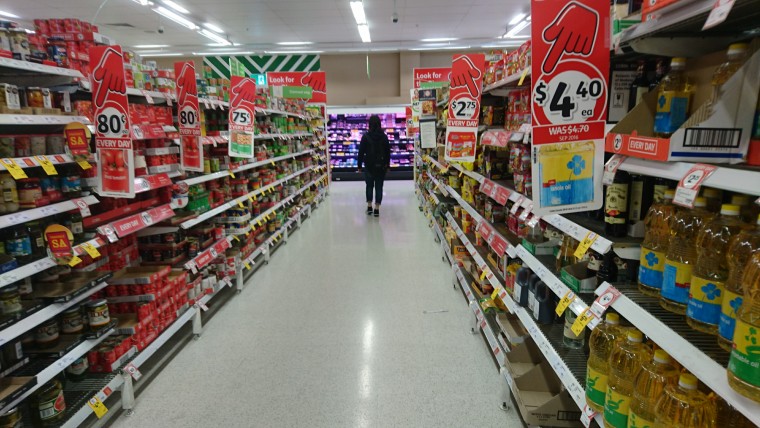